What to eat in Hanoi and where to eat it

With the exception of a bowl of pho in Paris and a banh mi in KL (which were both terrible mistakes), I’ve forced myself to resist the temptation of getting Vietnamese food during the last six months, all in anticipation of coming to Vietnam. I’ve also been obsessed with northern style pho ever since my first time at Turtle Tower three years ago and the pho in Hanoi did not disappoint, nor did the other food. Here are my recommendations for what to eat when you’re in Hanoi and where to eat it! 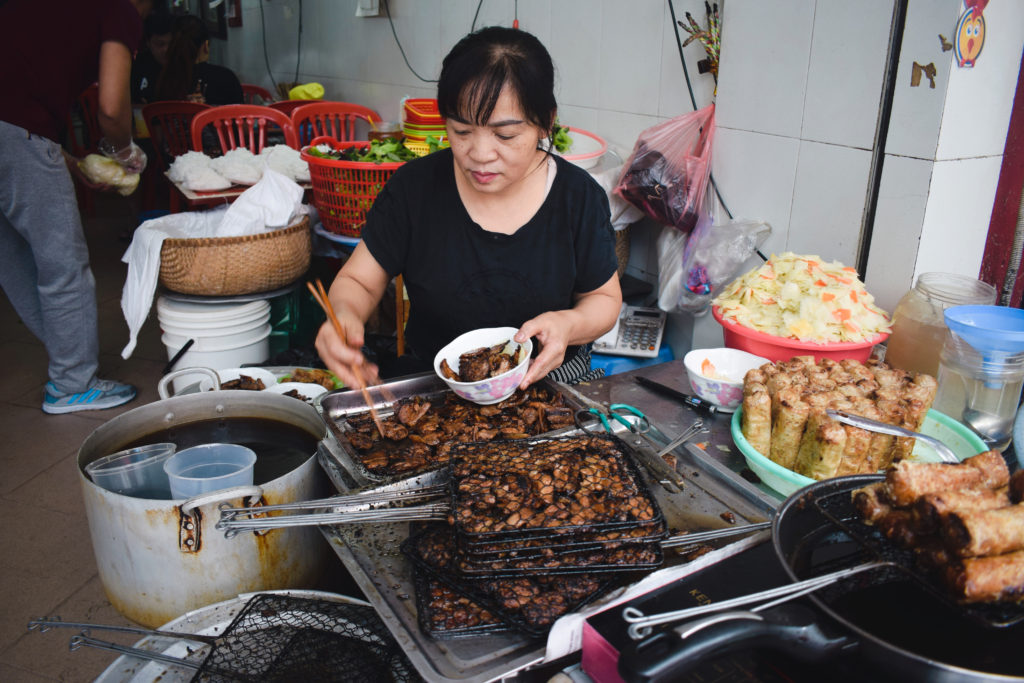 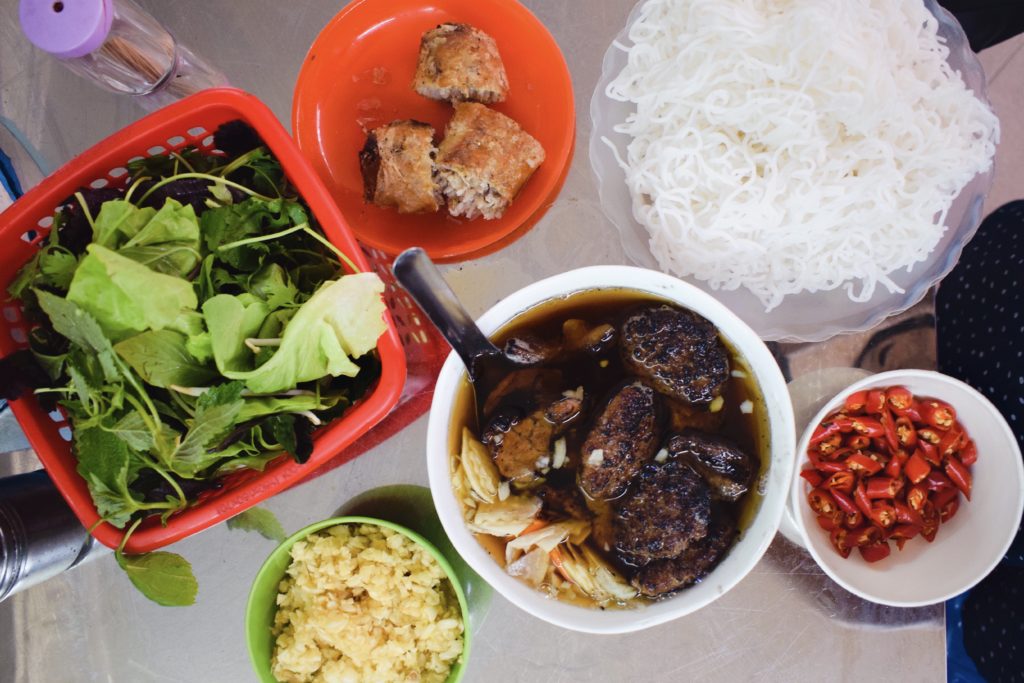 Typically eaten for breakfast, bun cha is a dish of grilled pork served with noodles and fresh herbs. The grilled pork is typically served with pickled vegetables in a dipping sauce made of fish sauce. Season the fish sauce with garlic, chili, and herbs. Then, did your noodles in and enjoy!

Where to get it: Hung Lau on Ngo Tram (make sure you also get nem cua be – fried crab spring rolls); Bun Cha shop on Ham Tu Quan (if you look up Tuu Nuong on Google Maps, it’s on that street but a few doors down. There’s a huge banner that says ‘Bun Cha’) 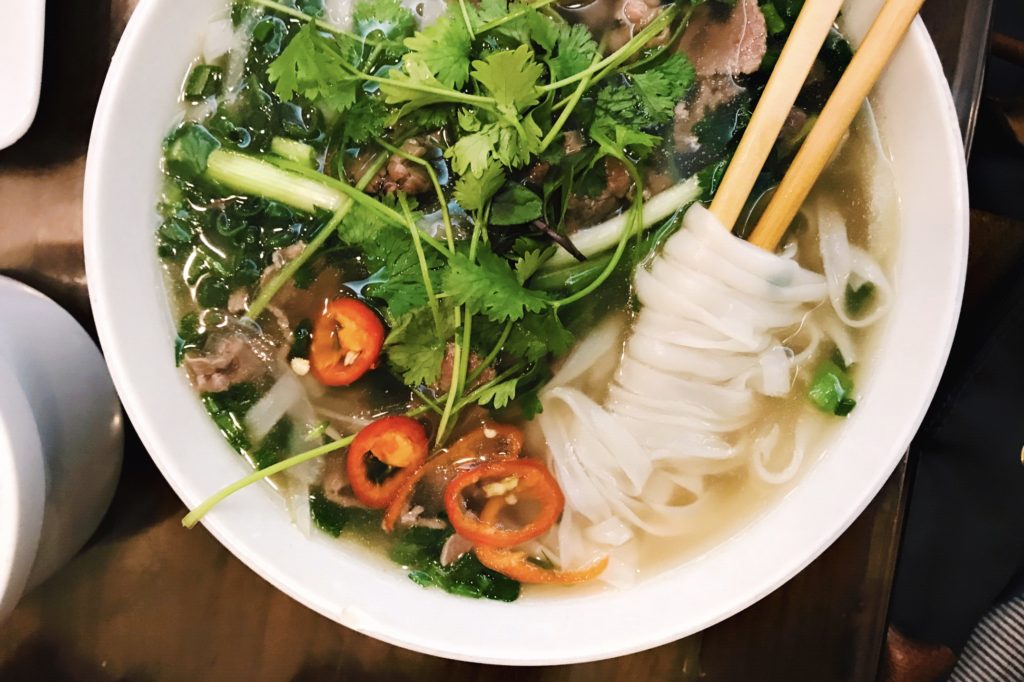 Your most basic Vietnamese fare. But so good. Pho in Northern Vietnam is simpler – broth with noodles, meat, spring onions, and a side of limes and chili. In the south, pho typically comes with basil, hoisin sauce, mint, cilantro, bean sprouts, and more.

Where to get it: Pho Ga Bun Thang for chicken pho; Pho 10 Ly Quoc Su for beef pho 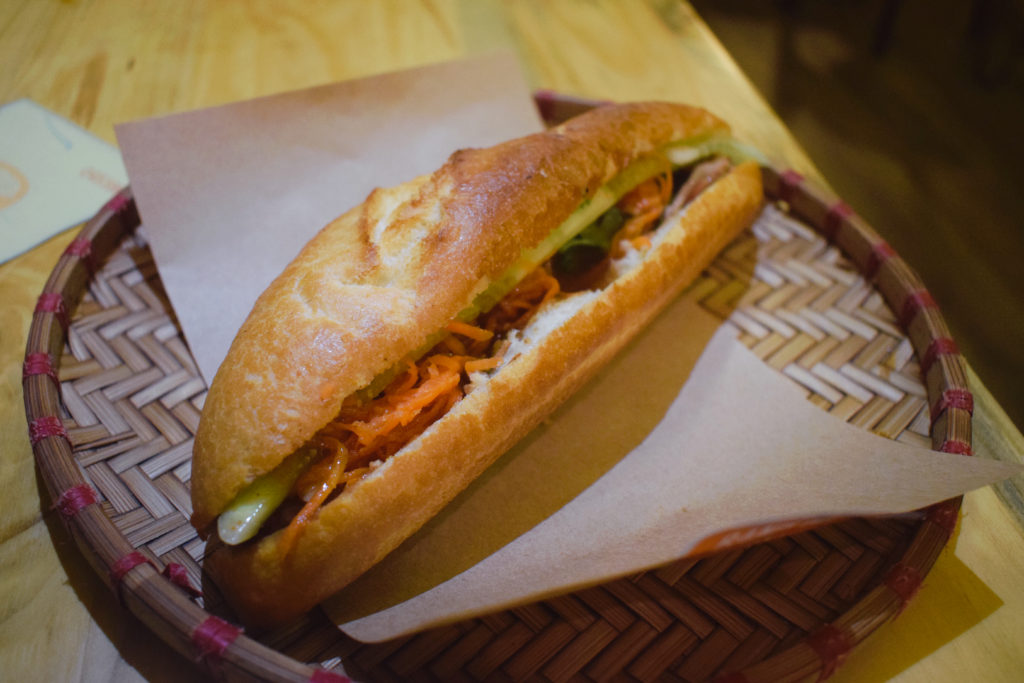 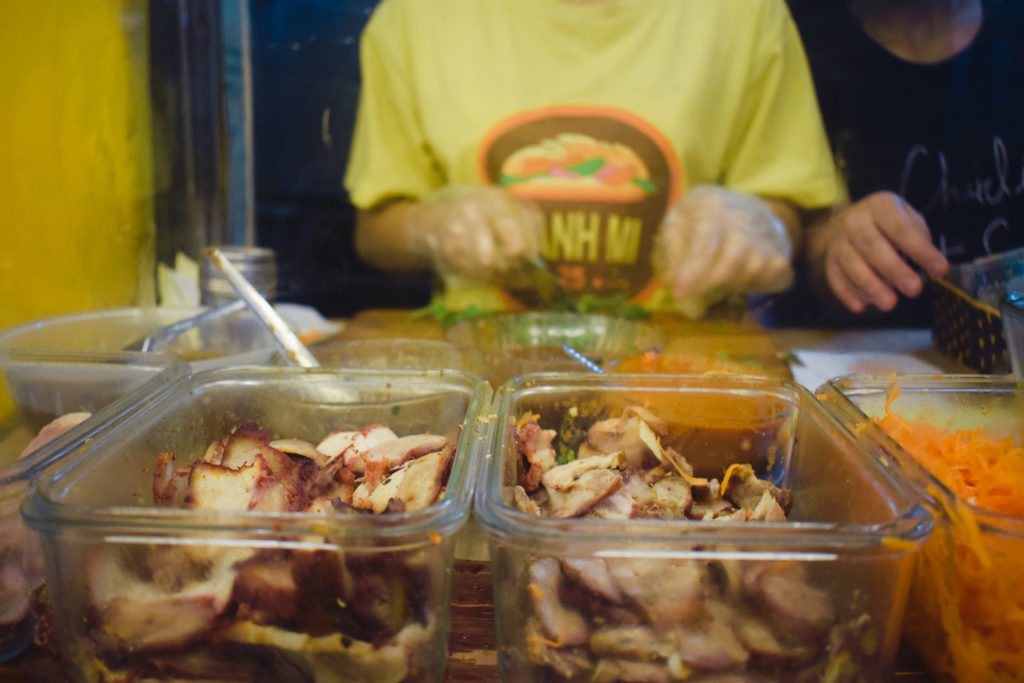 I started eating banh mis at a very young age and have always just assumed that banh mi = sandwich. I was wrong. Banh mi translates into “bread”. These sandwiches are typically made with grilled meat of some sort (the best ones have pate, imo), vegetables, and herbs. The best part is the baguette – crisp on the outside, soft on the inside. S/o French colonialism for this goodness. 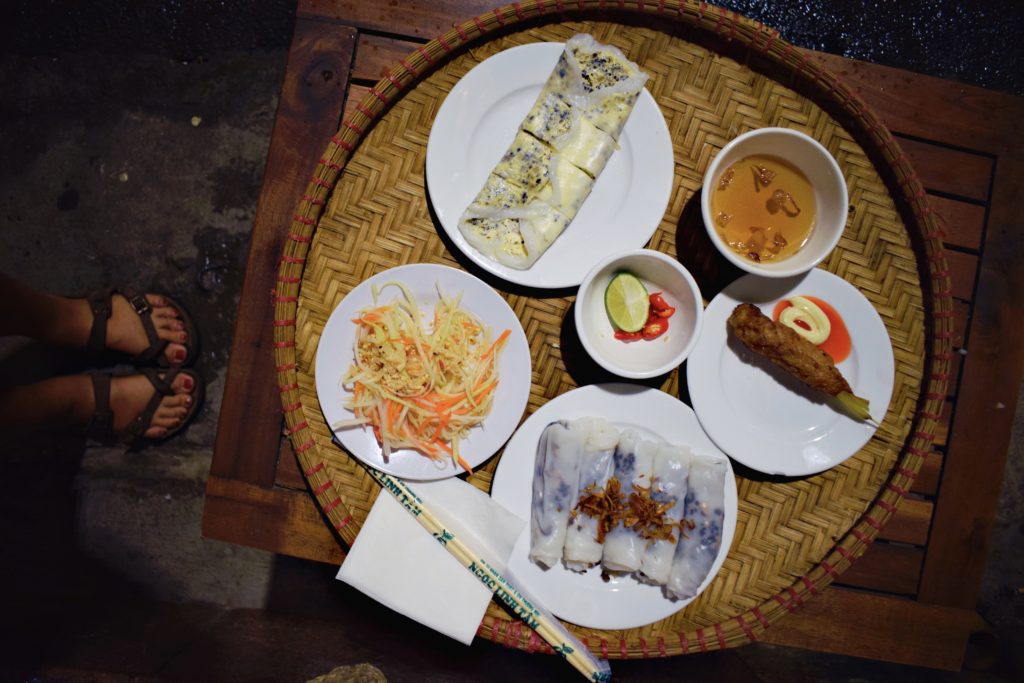 These steamed rice rolls are a northern specialty and include a mixture mushrooms and/or pork.

Where to get it: Banh Cuon Ba Hanh (they have great sets that let you sample a variety of dishes; picture is the teen set) 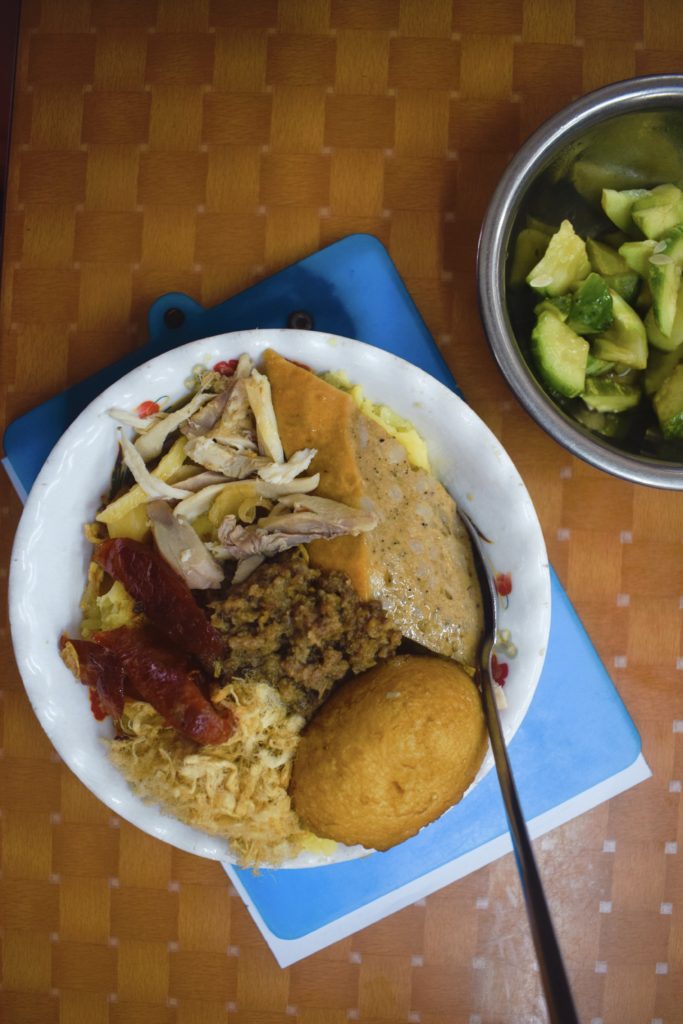 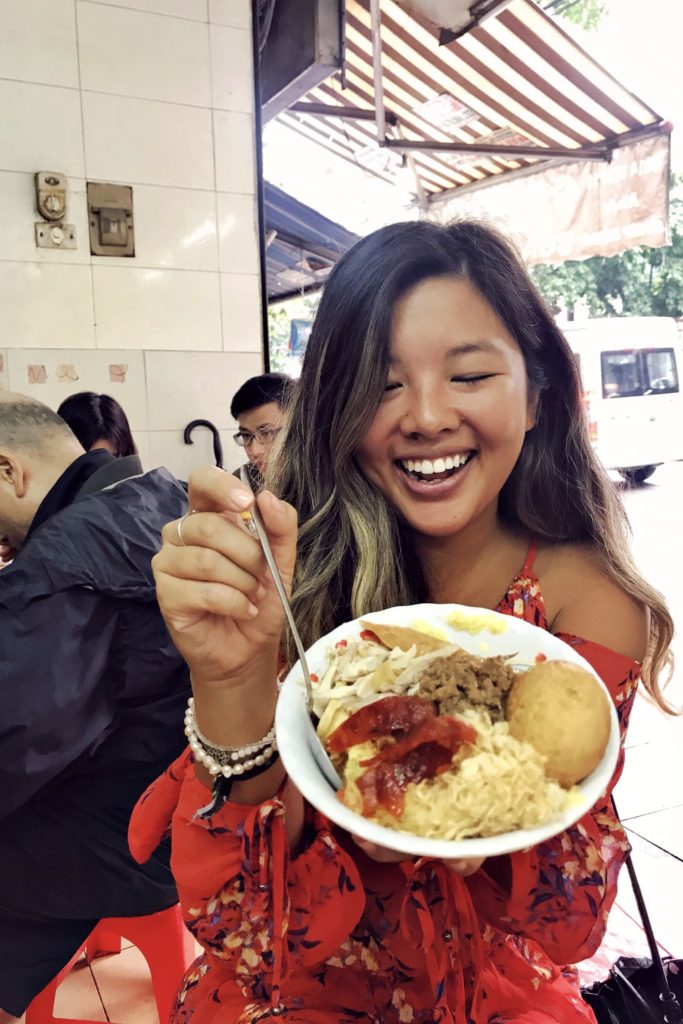 I got the sticky rice with saffron (Xoi Xeo) with their ‘varied’ option, which ended up coming topped with Chinese sausage, pork sausage, chicken, egg, pork floss, and other goodness. Nom nom nom.

Where to get it: Xoi Yen 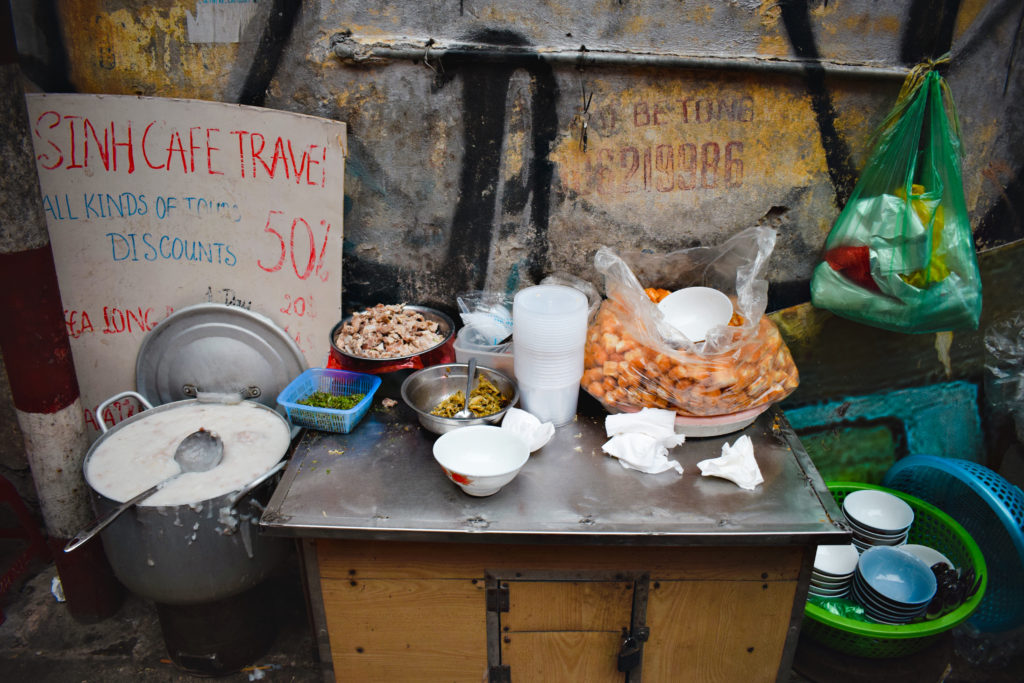 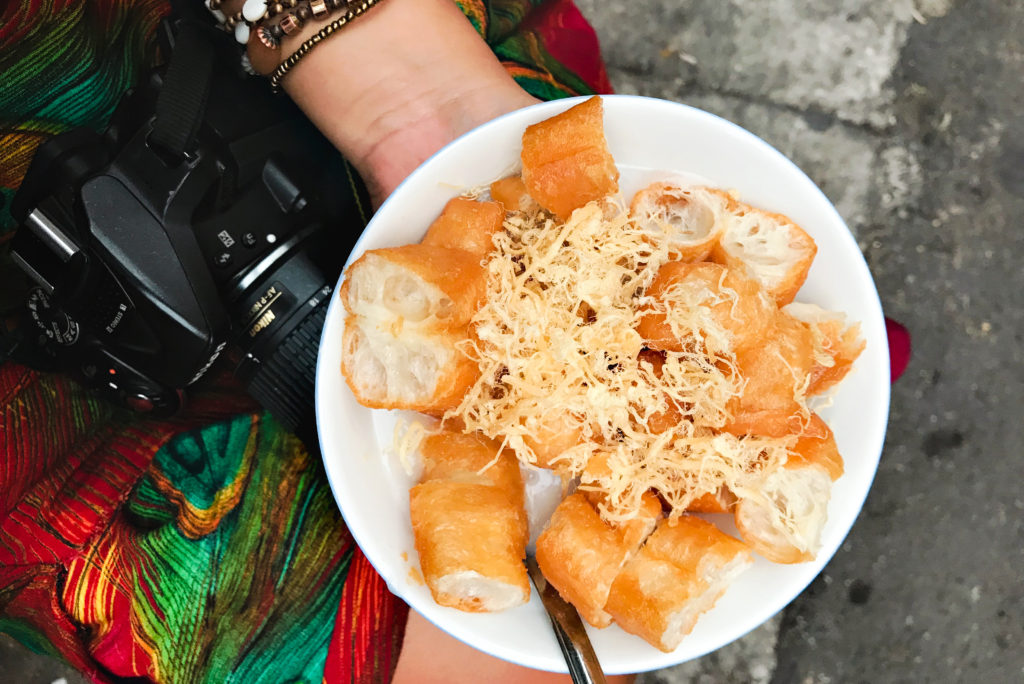 I think almost every Asian country has some variation of a rice porridge. Some call it jook, others call it congee, in Vietnam, it’s chao. You’ll see people crowded on sidewalks delving into bowls of chao and doughnuts at all hours of the day.

Where to get it: Wherever you see people crowded around a large vat of chao on the street 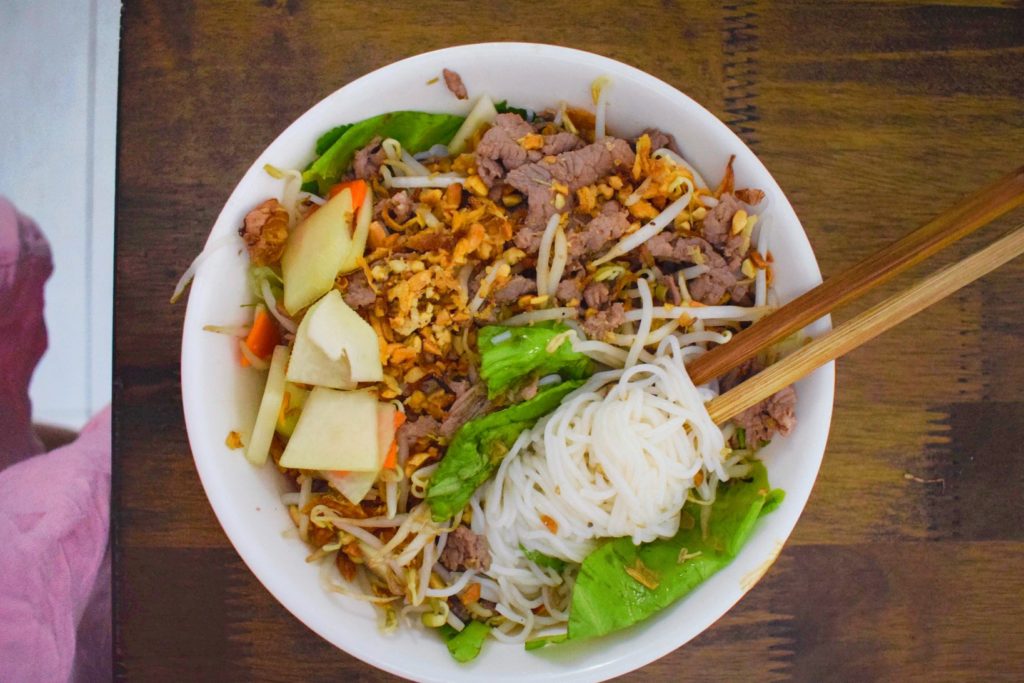 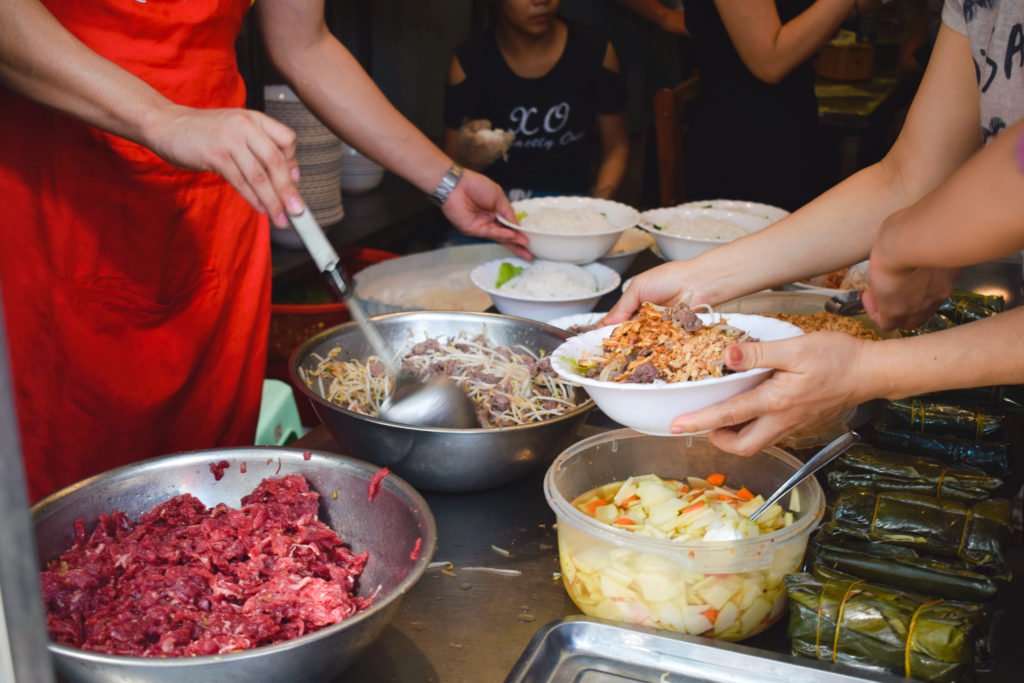 This noodle dish is topped with a stir-fried beef and beansprout mixture. Though it originates in the south, Bun Bo Nam Bo is where locals and non-locals alike go to get their fix in Hanoi.

Where to get it: Bun Bo Nam Bo on Hang Dieu 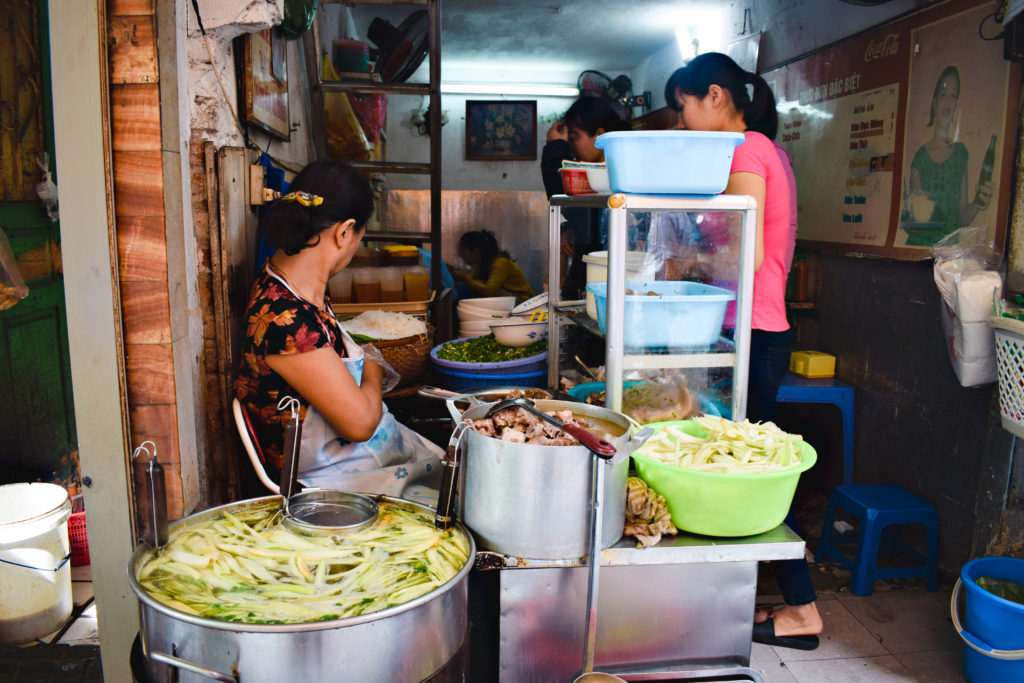 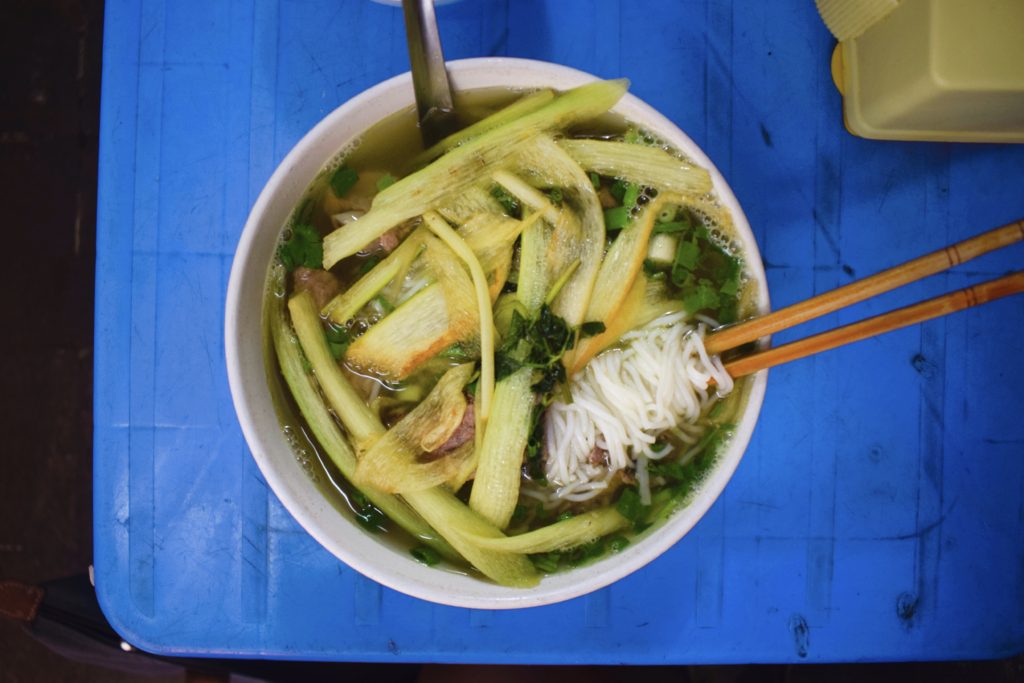 I was on my way to breakfast when I walked past this little packed shop. I’m not sure if this is a Northern Vietnam thing or not but it is very very good. These noodles with broth come with pork ribs that they give you a separate soy sauce and garlic dipping sauce for. I never finish my meat in pho but this bowl was clean after I was done. These bowls were also topped with some sort of vegetable. Again, no idea what it’s called but they were good.